This site uses cookies and other tracking technologies to assist with navigation, monitor site usage and web traffic, assist with our promotional and marketing efforts, customize and improve our services and websites, as set out in our Privacy Policy. Learn more >> 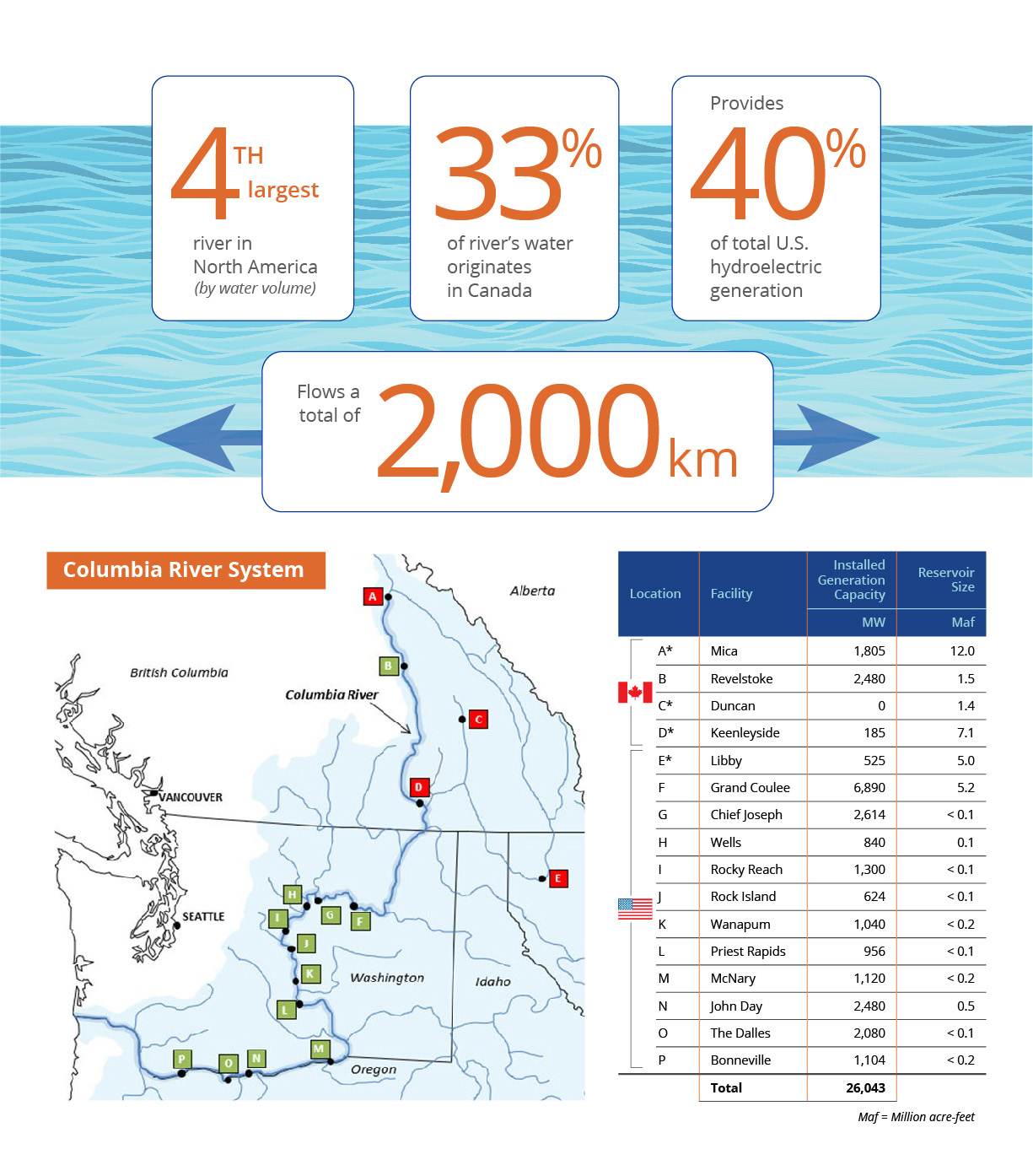 Some quick facts about the Columbia River:

Canada and the United States have a long history of cooperating on water issues that impact both countries, formalized under the Boundary Water Treaty of 1909.

The Columbia River is prone to serious flooding, including 1948 floods which were responsible for the deaths of 15 people near Portland, OR. During such flooding up to 50% of the Columbia's flow can originate in Canada. The goal of the CRT was to establish an agreement by which flood control structures would be built in Canada for the mutual benefit of Canada and the U.S.

The agreement that was reached called for 15.5 million acre-feet (Maf) of water storage to be constructed in Canada, along with 5.0 Maf of storage in the U.S. (on the Kootenai River). Storage is provided by specified "Treaty Structures" (see below).

In exchange for building the Canadian structures and bearing the impacts of their presence (e.g. the flooding of the Columbia Valley), the U.S. paid Canada $64.3M for avoided flood damages and agreed to return to Canada 50% of the electrical generation benefits (known as "Canadian Entitlement") which results from the Treaty.

Labelled with red boxes on map.

Back to Infographics Index